How to Celebrate Card Playing Day?

What Day is Card Playing Day?

National Card Playing Day is observed annually on December 28. The Playing Card is a piece of thick paper, thin cardboard, plastic-coated paper, cotton-paper mix, or thin plastic that is decorated with various themes and used as part of a set for playing card games. In the United Kingdom, the whole deck of cards is referred to as Pack; in the United States, it is referred to as Deck; and globally, it is referred to as Set. The deck of cards is used to participate in a number of card games requiring varying degrees of expertise. Some of them will do so in order to earn money. Poker and blackjack games at a casino are two instances of this. National Card Playing Day is the ideal day to kick back, relax, and have some fun playing cards with family and friends. 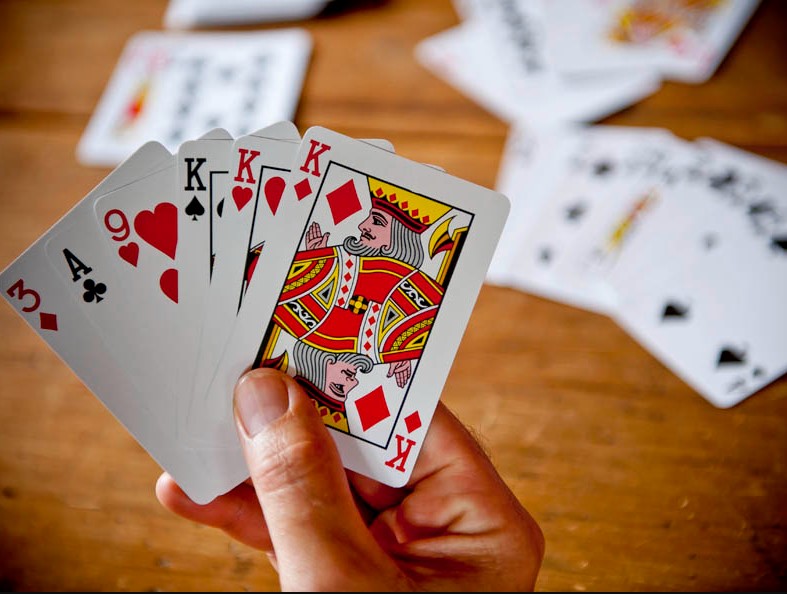 How Is The History Of Card Playing Day?

Playing cards are said to have originated in China before spreading to India, Persia, and eventually to every part of this... sphere. That corner thing has never made sense, unless you're referring to a rectangular playing card, which we are, happily! Indeed, a whole bunch of them.

Cards first appeared in Europe before the end of the fourteenth century, first appearing in important towns such as Florence and Paris. However, the cards did not resemble the modern decks we know and love. They were still very much in development, with artisan card makers experimenting with different designs and deck layouts. The majority of their inventions were based on the original playing coins, cups, and sticks – the preferred game apparatus during the majority of the early middle centuries.

Card playing as a discipline continued to evolve. By the mid-fifteenth century, it had developed into what we know today. Between 1418 and 1450, card producers in Augsburg, Nuremberg, and Ulm began producing printed decks, allowing for the first time that anyone may purchase packs of cards.

With the advent of the printing press, the popularity of cards increased even further, and their designs got increasingly complex. They started printing cards with unique symbols such as hearts, acorns, bells, and shields. Clovers, pikes, and tiles were introduced in France by card producers. And by the time they arrived in England, the classic suits of clubs and spaders had developed, most likely as a result of the French clovers and pikes.

In 1628, the Worshipful Company of Makers of Playing Cards was founded. The association, established by royal charter, represented individuals from all sectors of the business. It was deemed critical enough that even the king got engaged!

Card markers have continued to improve their craft and make it more user-friendly. They began rounding the corners of cards and adding printed borders to indicate the card's kind and value in the seventeenth century. Players may then use one hand to hold a fan made of cards, allowing them to observe the current position without using their other hand - which might be carrying their drink!

Eventually, playing cards became ingrained in popular culture. According to Columbia University estimates, there are at least 6,000 distinct types of historical decks with origin from more than fifty countries, however, the number is very certainly greater. Additionally, many of these games have whole different deck systems than the traditional hearts, diamonds, clubs, and spades.

Playing cards have traditionally been the final resort for amusement during poor weather, and as such were a winter holiday staple. After all, before television and electricity, what was a person to do when he'd heard all of Uncle Joe's narrative and couldn't bear the thought of picking up another dog-eared novel?

That is correct, you are a card player! The globe is awash with games, hundreds from every culture conceivable. Certain games are either exclusive to a certain location, or at the very least different from it (such as Baccarat), or are found in several forms around the world while being instantly identifiable (like poker). Others, like cribbage, continue to rely on playing boards as a means of keeping track of points.

Card Playing Day provides a chance and an excuse to reconnect with this time-honored form of entertainment and to spend some time alone or with family.

How to Celebrate Card Playing Day?

To be sure, the simplest approach to commemorate Card Playing Day is to engage in the aforementioned pastime! However, if you're serious about making the most of Card Playing Day, you may explore learning a version of a game you already know, or perhaps an entirely new card game.

There are various games to learn, and if the game you're familiar with has lost its allure, it's time to learn another! Additionally, we recommend going out and purchasing a new deck of cards; there are countless variants on style and theme, and a new deck may make a new game much more enjoyable!

When purchasing a new deck, choose one of the more classic variants that did not utilize the standard hearts, diamonds, clubs, and spades layout. While they are uncommon, they do exist.

Additionally, you might abandon the conventional card game scene and enjoy the day with a new form of card game. You have a plethora of options. Magic: The Gathering, for example, introduces you to a whole new universe of playing cards that allow for greater customization and strategy. Here, you can slay your adversaries with the use of spells and creatures, attempting to defeat them via sheer deception.

Card games have also made the transition to the internet. You may compete against anybody in the globe in conventional games such as poker and backgammon. Additionally, you may engage in digital card games, which are all supported by some of the industry's major creators. The chances for enjoyment are nearly limitless! 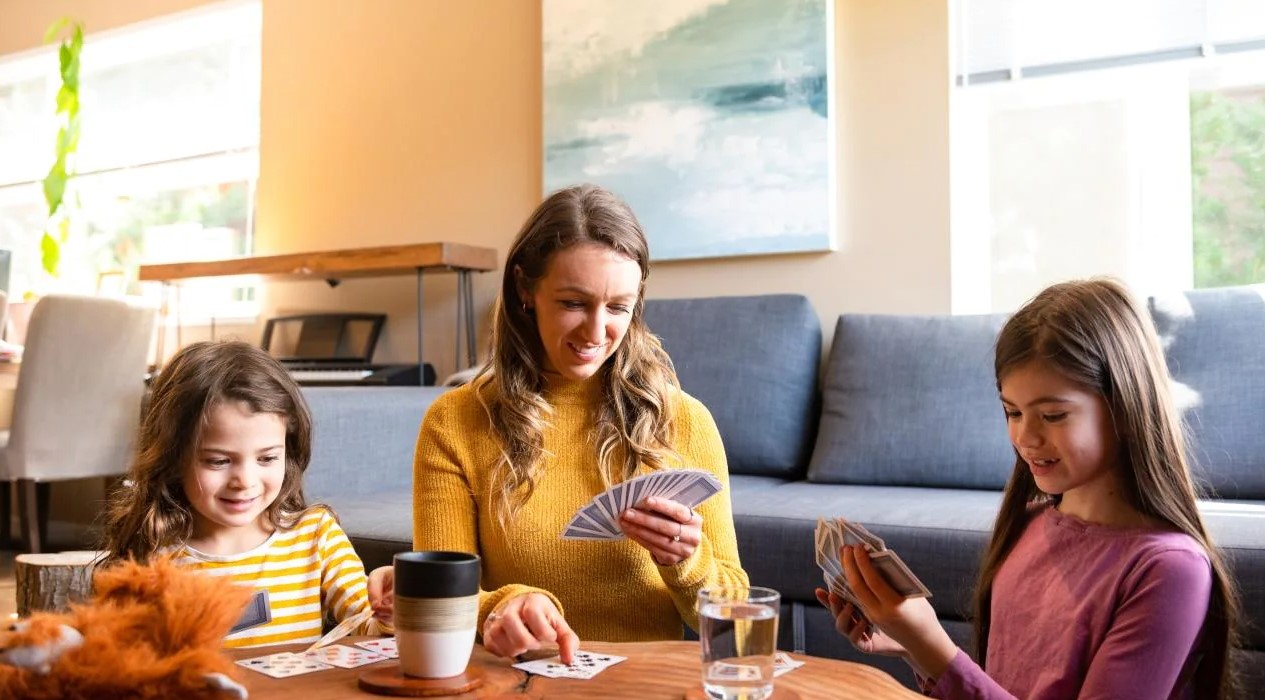 On playing cards, the suit symbols are referred to as pips.

During WWII, the United States delivered playing cards to soldiers imprisoned in German concentration camps. When these cards became wet, they were ripped apart to reveal maps leading to freedom. 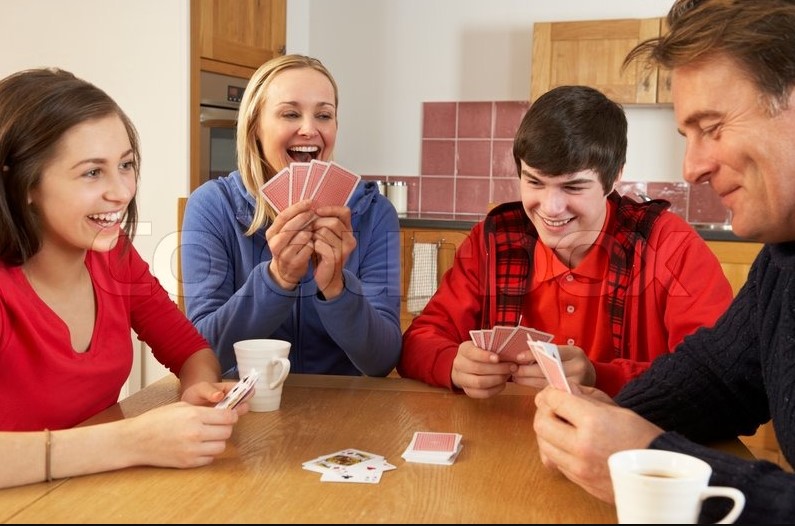 What To Wear On Card Playing Day? 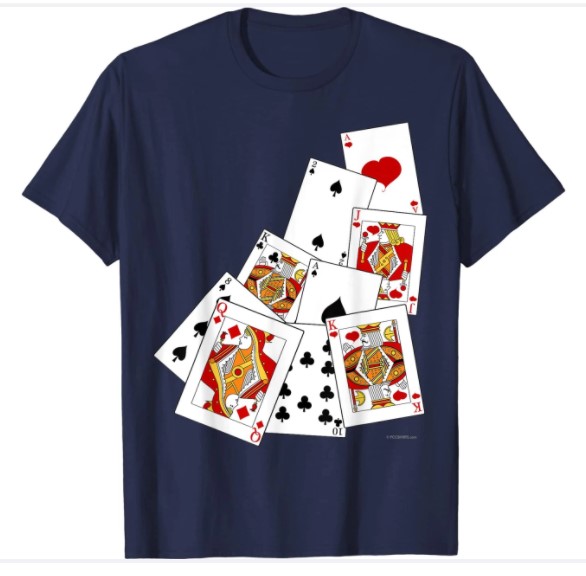 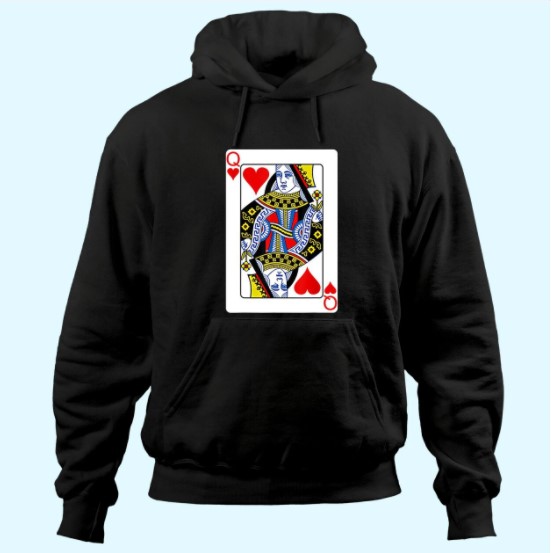 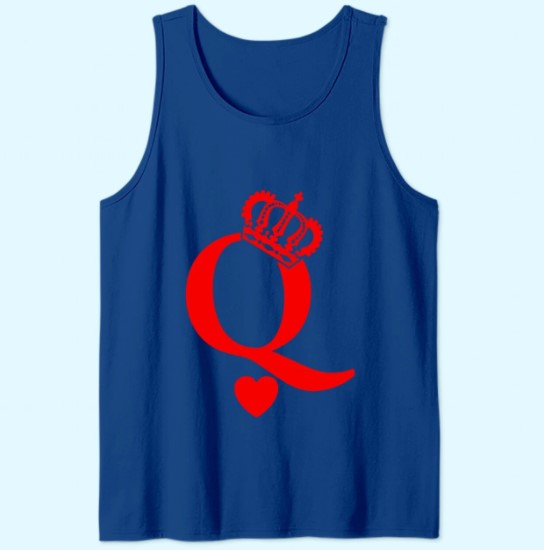 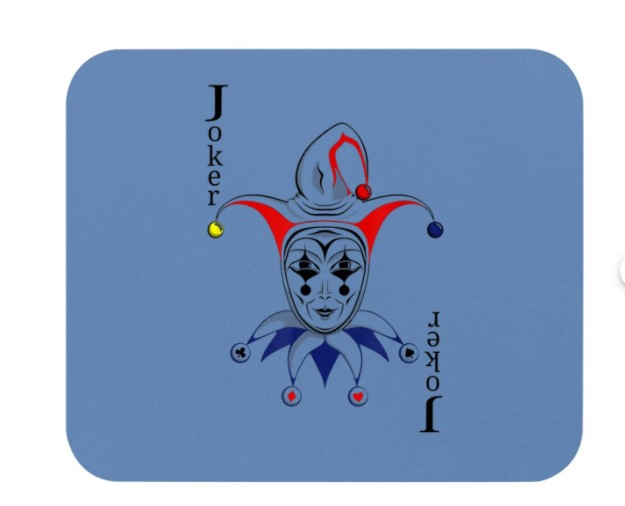 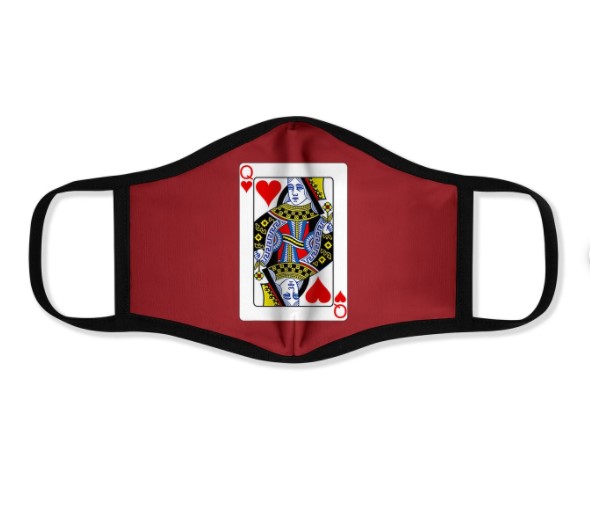 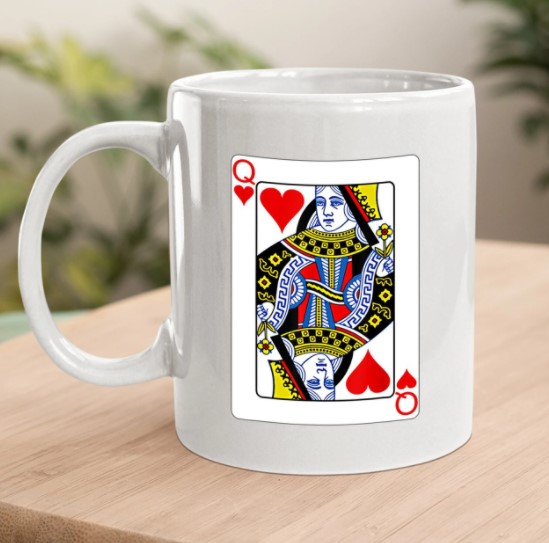 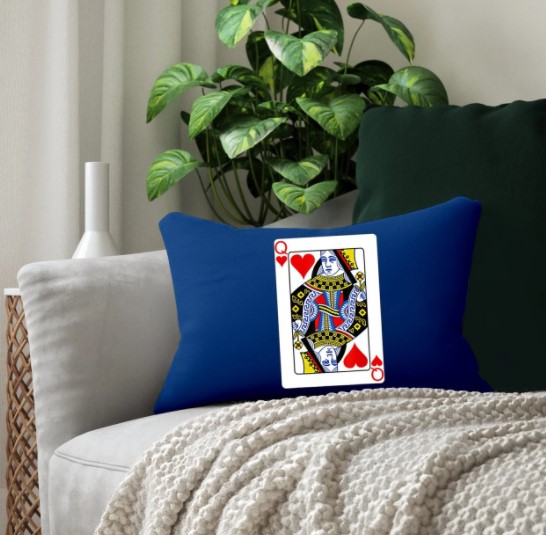 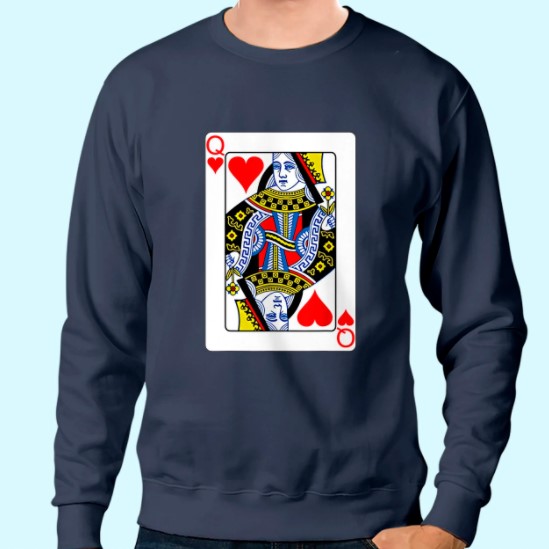 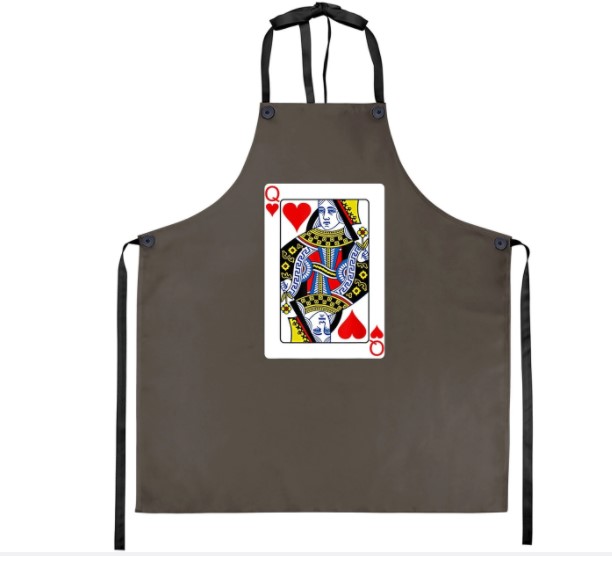 Where To Buy Great Product with Card Playing Day?

Printerval is a website that sells a range of things to commemorate Card Playing Day, including clothing, home & living, and accessories, all of which come in a variety of patterns, colors, and styles. Coming to Printerval ensures that you will find the perfect item for yourself. T-shirts, Hoodies, etc. are all really distinctive designs created by artists from all over the world. Additionally, you may create your own one-of-a-kind shirt using Printerval's print-on-demand service.

Printerval is on your side! Let us now shop at Printerval.