How To Celebrate National Tempura Day?

What Is The National Tempura Day?

Every year on January 7, National Tempura Day is observed. It's never too early to enjoy tempura, a delectable Japanese meal created by deep-frying veggies, shellfish, or other items in a light batter of flour, eggs, and water. Tempura has existed for around three centuries. Although it was introduced in the 16th century by Portuguese residents in Nagasaki, tempura has become ingrained in Japanese culture, and you can find it almost anywhere in Japan today. On this day, tempura can be enjoyed in a variety of ways, including with a dipping sauce or something more adventurous, such as tempura ice cream.

On National Tempura Day, we are urged to eat any type of tempura-battered meal. This is Japanese cuisine, with the majority of people savoring delectable tempura prawns on this date! However, this batter may be used to deep-fry a variety of items. While seafood and veggies are the most popular items, you can't go wrong with tempura chicken. We're confident you'll come up with a slew of creative combinations as well. Mars bars are popular when deep-fried, so how about a tempura version?

Tempura is a Japanese cuisine that dates all the way back to ancient times. It was introduced in the 16th century by Portuguese residents of Nagasaki. They achieved the light batter by fritter frying. The batter is commonly made using soft wheat flour, such as all-purpose flour, pastry flour, or cake flour, and iced water. To keep the batter light, some individuals prefer to add sparkling water.

Additionally, many people add spices, oil, flour, baking powder or soda, and/or eggs, particularly the egg yolk. This batter is traditionally mixed in tiny amounts. The batter is combined with chopsticks and only briefly, i.e. for a few seconds. Any lumps in the mixture are retained, and this, together with the low temperature, results in the crisp and characteristic fluffy tempura structure when cooked.

Cooked tempura pieces are often salted and eaten on their own or served with a dipping sauce. Tentsuyu sauce is the most often used sauce for this batter. Many people serve it with grated daikon, a mild-flavored winter radish, and consume it immediately after it is cooked. Additionally, tempura is frequently seen in Japanese udon soup and bowls of soba, generally in the shape of a fritter, shiso leaf, or shrimp.

Additionally, tempura is frequently combined with other meals. Therefore, if you want to prepare a tempura-inspired supper in honor of National Tempura Day, there are a variety of main dishes to choose from. As previously stated, tempura can be added to the top of udon soup. Additionally, it is frequently eaten as part of a donburi meal, which consists of veggies and tempura shrimp served over steamed rice. Additionally, you may prepare a dish of tempura soba, which is simply tempura served over buckwheat noodles. Alternatively, how about creating your own? 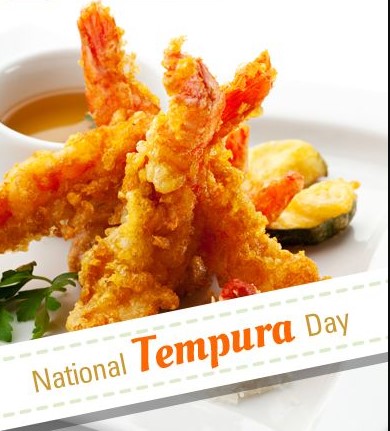 What Is The History Of National Tempura Day?

Tempura is made up of battered, deep-fried fish or vegetables that are relished by millions of people around the country. The tempura was brought to Japan by Portuguese Jesuit missionaries in the sixteenth century (around 1549). Tokugawa Isyasu, the founder and first shogun of Japan's Tokugawa shogunate, is said to have adored tempura. Since the Genroku period (September 1688 – March 1704), tempura was a particularly popular street snack sold by yatai sellers.

Today, chefs worldwide provide tempura meals made with a range of various batters and ingredients, including non-traditional broccoli, zucchini, and asparagus, as well as dried fruits. Several types of meat, typically chicken and cheeses, are known to be tempura-fried in certain American eateries. For sushi enthusiasts, a more modern variant of tempura sushi involves battering and tempura-frying the entire piece of sushi. The term "tempura" derives from the Latin word "tempora," which means "times" or "time period." Both Spanish and Portuguese missionaries used the term to refer to the Lenten season or Ember Days.

The theory that the term "tempura" originated from the Portuguese noun tempero, which refers to any type of condiment or spice, or from the verb temperar, which means "to season," has not been verified. The term "tempura" is said to have acquired popularity in southern Japan, where it began to describe to any type of meal fried in hot oil, including several traditional Japanese dishes. Today, the term "tempura" is frequently used to describe satsuma age, a batterless fried fish cake. In Bangladesh, pumpkin or marrow flowers are frequently deep-fried with a gram of rice flour spice mix to create kumro ful bhaja, a Bengali style tempura. 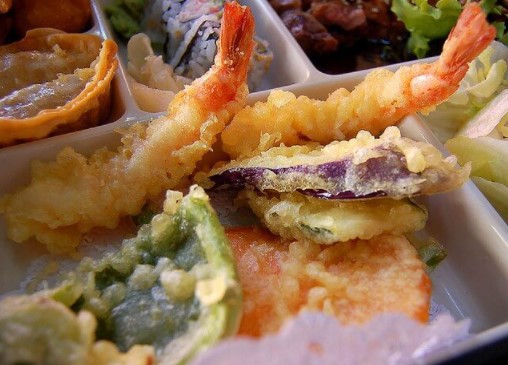 How To Celebrate National Tempura Day?

It's simple to observe National Tempura Day. You gather the items necessary to make tempura, whether from a handmade recipe or one you discovered online, and prepare the dish for a nice supper with the family. You can order tempura prawns as an appetizer or a major meal that involves tempura, such as the ones listed above.

The wonderful thing about this batter is that it can be paired with a broad variety of fish, veggies, and meat. This means that experimenting with various components may be a lot of fun. Why not challenge your buddies to a tempura cook-off? Alternatively, you may arrange a Japanese-themed dinner party.

Why not invite some of your friends around for Japanese-style afternoon tea? Tea ceremonies have been popular in Japan for a long period of time. Combine this with some delectable tempura meals for everyone to enjoy, and you have the ideal lunchtime gathering. After all, isn't it always enjoyable to try something new?

Pure Matcha green tea is the tea that is famous in Japan. We're certain you've seen Matcha tea or Matcha lattes in your neighborhood coffee shop! Matcha is available in a variety of forms and grades. It is critical to keep this in mind while shopping, as you do not want to wind up with incorrect goods. In general, when purchasing Matcha, you have two primary options: Ceremonial Matcha and culinary grade matcha.

The majority of people prefer to invest in ceremonial Matcha green tea since it is of the best quality and acceptable for daily consumption. Naturally, you may use it in cooking as well, but when producing a Matcha beverage, it is even more critical to select high-quality ingredients. There is nothing greater than ceremonial Matcha, as evidenced by its use in traditional Japanese tea rituals. Matcha of this sort should be powdered, extremely fine, and a beautiful spring green color.

If it is somewhat yellow in color and feels abrasive, it is most emphatically not ceremonial grade Matcha. Ceremonial Matcha is also delectable on its own. You may just combine it with hot water and drink it as-is; no sweets or additives are required. Additionally, it's worth noting that around half a teaspoon of ceremonial grade Matcha is required to make a cup of tea. When using a lower quality Matcha, you will require more than this. Thus, while ceremonial Matcha is more expensive to purchase initially, it will last far longer, and thus the prices will balance out.

Whether you're hosting a traditional Japanese tea ceremony or an evening of fine dining, you'll need to decide on the tempura dishes you'll serve. The fantastic news is that there are so many different alternatives available to you!

Let's take a look at a few of the most popular. If you're searching for a vegetarian option, eggplant tempura is a fantastic option. This is referred to as Nasu. Alternatively, how about Ebi? This is shrimp tempura, and it is very delectable! Although it is frequently served as a topping for udon or soba noodles, it is equally delicious on its own. Contrary to Ebi Furai, this is a different sort of fish that is deep-fried in panko batter, which is much heavier.

Tempura shiitake mushrooms, Ika (tempura squid), and Hotate (tempura scallops) are further alternatives. If you're feeling very daring, you may choose Anago, which is a salt-water eel. They have a delicate flavor and a delicate texture. 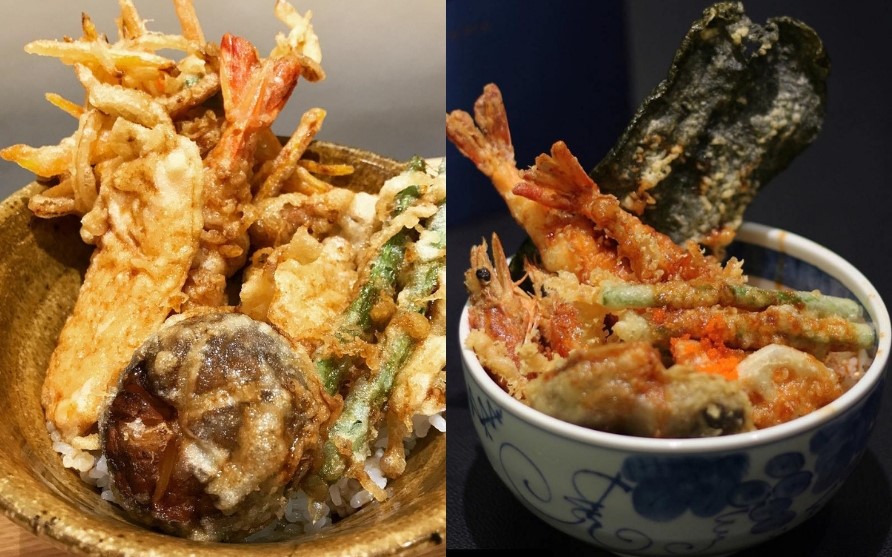 What To Wear On National Tempura Day? 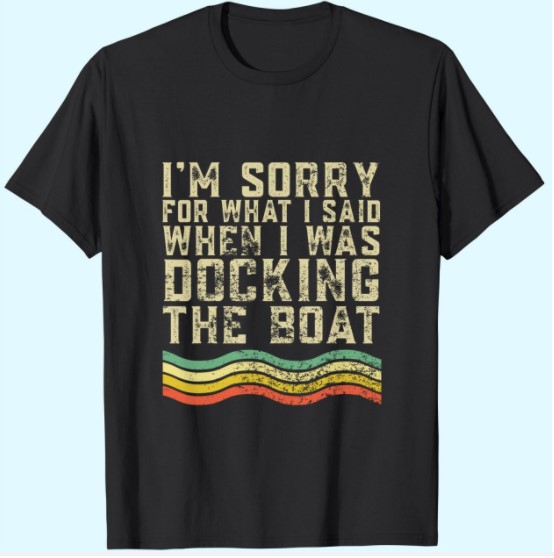 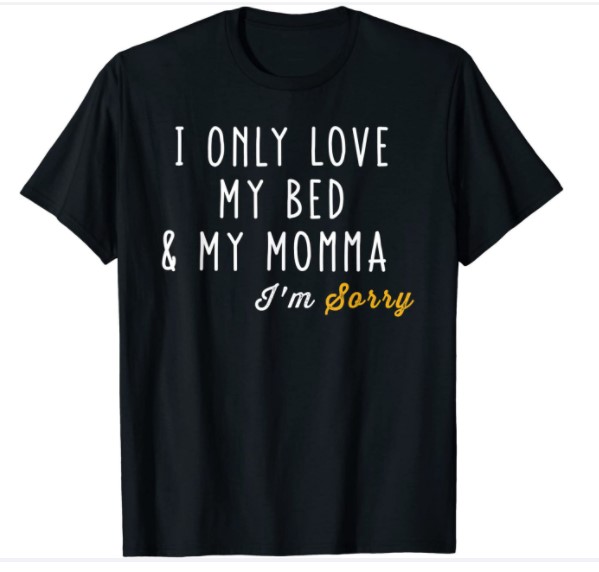 Where To Buy National Tempura Day Items With High Quality?

Printerval is a website that provides a lot of products for National Tempura Day, a lot of products from Clothing, Home & Living, Accessories.. with a variety of designs, colors, and designs. Coming to Printerval, you will definitely find the right item for yourself. Products such as T-shirts, Hoodies, .. are all very unique designs, the designs are from artists around the world. In addition, you can also own your own unique shirt with Printerval's print-on-demand service.