When Is Earth's Rotation Day?

What Is The Earth's Rotation Day?

Earth’s Rotation Day is an annual occasion marked on January 8th of every year. All of us are pretty well aware that the earth spins. The globe will take 24 hours to complete one full rotation, and because of the rotation, we tend to perceive the day and night alternatively. Being the only planet on which people exist, Earth revolves about its own axis. Earth’s Rotation Day is commemorated to honor the French Physicist, Leon Foucault who in 1851 has shown that the Earth revolves on its axis.

What Is The History Of Earth's Rotation Day?

In 1851, Léon Foucault proved how the globe spins by dangling a lead-filled brass ball from the top of Paris's Panthéon. This apparatus, which is now known as the Foucault Pendulum, demonstrated that the plane of the pendulum's swing rotated in relation to the Earth's rotation.

When a Foucault Pendulum begins swinging in one direction, it will shift direction after a few hours. Although it appears as though the floor is the stable portion of the device and the change in the direction in which the pendulum swings, the reality is that the ground beneath the feet is gently rotating while the pendulum remains still.

Numerous Foucault Pendulum installations also incorporate a series of pegs set around the center, signifying the passage of time. If one were to be positioned on either the north or south poles, it would take almost precisely 24 hours to complete the sequence, but the duration varies somewhat as the installations are relocated around the world.

Foucault Pendulums are now widely available at science museums worldwide and are an essential tool for comprehending and learning about solar science. While Isaac Newton discovered gravity, he did not explain why it existed as a force; hence, Foucault enhanced this scientific knowledge.

Earth's Rotation Day commemorates Foucault's first public demonstration in Paris and appears to have been observed historically on the anniversary of that event. With that stated, it is unclear who initially observed Earth's Rotation Day or when they decided to do so. It most likely did not occur during Foucault's lifetime, but no one can be certain either way. 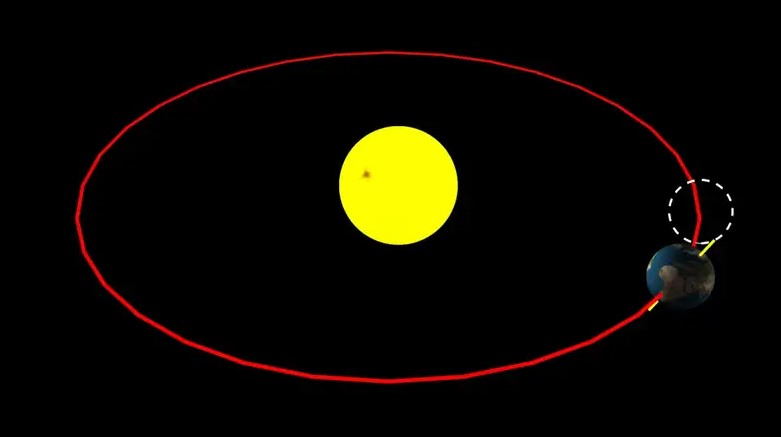 How To Celebrate Earth's Rotation Day?

Visit a museum dedicated to space and science

For those interested in seeing a physical representation of Foucault's Pendulum, visit their nearest space or science museum, as many of them have one. They're actually quite fascinating to watch in action, and there's a lot to learn from the experience. Another excellent reason to pay a visit to a local space and science museum is to attempt to gain a better understanding of the earth's rotation!

Certainly, the ideal destination would be to view the life-sized replica of Foucault's Pendulum on display at Paris's Pantheon. However, if that is a bit too far to travel, the following space and science museums offer an opportunity to view a Foucault Pendulum:

The Herzstein Foucault Pendulum is on permanent display at this museum in Texas. Visitors can get up close and personal with this installation, which demonstrates the earth's activity and movement as discovered and displayed by Foucault.

One of the science center's most beloved features has hung in this city for more than 45 years.

Headquarters of the United Nations in New York City

This installation in the UN General Assembly's main lobby features a 200-pound gold-plated sphere suspended 75 feet above the floor. It was presented to the United Nations as a gift by the Dutch government in 1955, just over 100 years after Foucault's initial exhibition in Paris.

Host a Day of the Earth's Rotation Party

Host a party in honor of Earth's Rotation Day to celebrate with a variety of sciency friends, family members, and coworkers! Dress up as their favorite scientists, such as Leo Foucault or Isaac Newton, and invite guests to participate.

Decorate the party room with blue and green balloons depicting the planet earth. Entertain guests with party games, such as dividing guests into teams and hosting a competitive quiz to determine who can answer the most questions about science, space, and the earth's rotation. Another option for entertainment is to watch a video or documentary about Foucault's Pendulum and his discovery of the earth's axis rotation.

Increase Your Knowledge of Leon Foucault

Naturally, because this day is commemorating the significance of the scientific discovery made by Frenchman Leon Foucault, this would be an excellent opportunity to learn a little bit more about him. On Earth's Rotation Day, here are some fascinating facts to learn and share:

Leon Foucault was born in Paris, educated at home, and attended College Stanislas, where he initially studied medicine but later switched to physics.

Foucault had a passion for photography, and it was during this time that he discovered a novel method of photographing through a microscope using a very strong light.

Foucault worked as a photographer for Armand Hippolyte Louis Fizeau and eventually succeeded him as editor of Journal des Debits.

Foucault was awarded the Royal Society's Copley Medal for his work on science and the earth's rotation.

Attempting to explain these perplexing concepts to small readers? Consider the following incredible children's books to assist in simplifying things:

This book illustrates the concepts of the earth's rotations, cycles, and revolutions in a way that even small children can comprehend.

Children will enjoy learning about the earth's relationship with the sun, moon, and how that relationship affects the world around them. Ages 7 and up are recommended.

Older children can discover how the earth's, moon's, and sun's activities are all interconnected and affect one another.

Although not specifically about the earth's rotation, this innovative children's book simplifies the concept and provides readers with beautiful photographs to enjoy.

Another excellent way to spend time on Earth's Rotation Day is to conduct some research into the evolution of our understanding of the earth's relationship to the universe. It was once widely believed that the earth was the center of the universe and that everything revolved around it – the planets, the sun, the moon, and the stars. Naturally, at one point in time, people believed the earth was flat and that explorers would eventually fall off the cliffs! Later, the theory that the sun was the center of the universe arose, but that, too, was exposed as a myth when scientists discovered that neither was true. In other words, the earth is not a fixed sphere at the center of the universe that attracts everything. It revolves around its axis, and Earth's Rotation Day commemorates this fact. 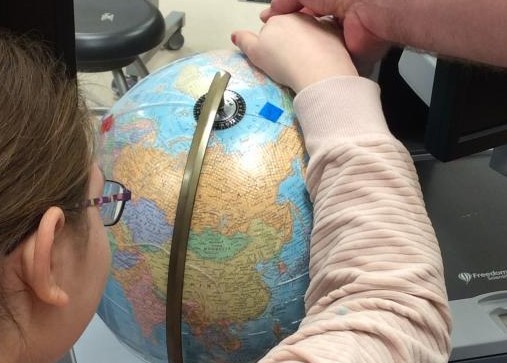 What To Wear On Earth's Rotation Day? 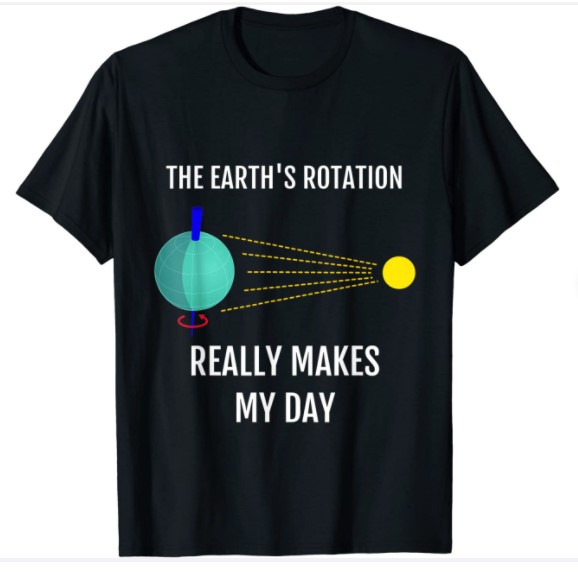 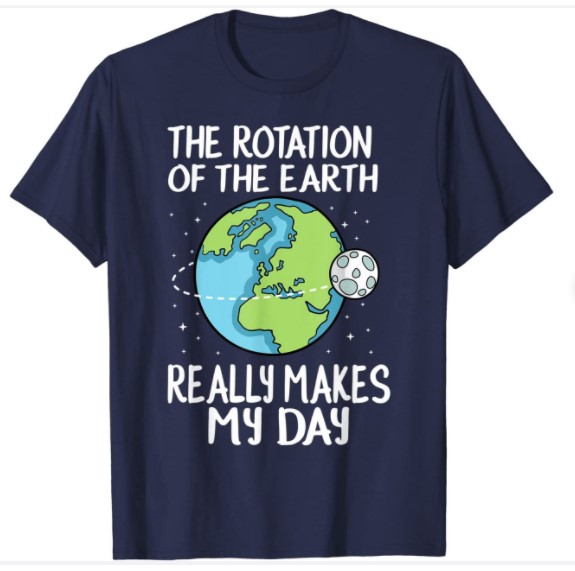 Where To Buy Earth's Rotation Day Items With High Quality?

Printerval - an online shopping website with hundreds of products with unique and outstanding designs, helping you get the best products for you. Products on Printerval range from Clothing, Home & Living to products for children, there are many choices for you. Each product is available in a wide range of sizes and colors. You can buy products in your favorite color.