When Is International Joke Day?

What Day Is International Joke Day?

Joke Day is not only a day for you to demonstrate to the world how amusing you are. Today is the ideal day for sharing laughter and putting a smile on people's faces, including your own. Whether you choose to exchange jokes or listen to them, this is a day dedicated to smiling, laughing, and having a good time, and who wouldn't want to be a part of that?

They say that laughter is the best medicine, and many would concur! After all, there are several health advantages connected with laughter. Laughter connects individuals in a way that stimulates positive emotional and physical changes in the body.

Laughter may help you avoid the negative effects of stress, alleviate pain, increase your mood, and strengthen your immune system. Nothing works more reliably or quickly to rebalance your body and mind than a good old chuckle.

Humor keeps you aware, focused, and grounded, while also connecting you to others, encouraging optimism, and alleviating burdens. Additionally, it assists you in forgiving more quickly and releasing anger.

Additionally, you may have heard that laughter is an excellent method to burn calories, which is true! Of course, this does not imply you should abandon your gym membership in favor of lounging on the couch and watching your favorite comedian.

However, one research determined that if you laugh for between 10 and 15 minutes each day, you may burn around 40 calories. This might be enough to drop around four pounds over the course of a year! 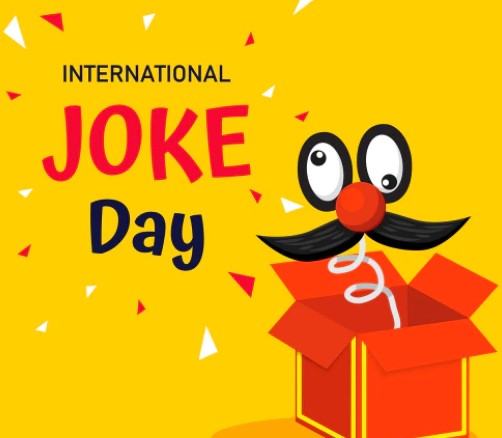 When Is International Joke Day?

International Joke Day is observed annually on 1 July. On this day, people share jokes with their loved ones. The day is particularly noteworthy for those who enjoy telling jokes.

The primary goal of the day is to share joy and smiles with those you care about.

It is critical to include humor in your daily lives. Numerous studies have been undertaken to demonstrate that humor benefits people's psychological and physical well-being. According to Psychology Today, it aids individuals in overcoming stress and adversity. Additionally, it provides a variety of social benefits, as we all know that those who are amusing receive more favorable attention. 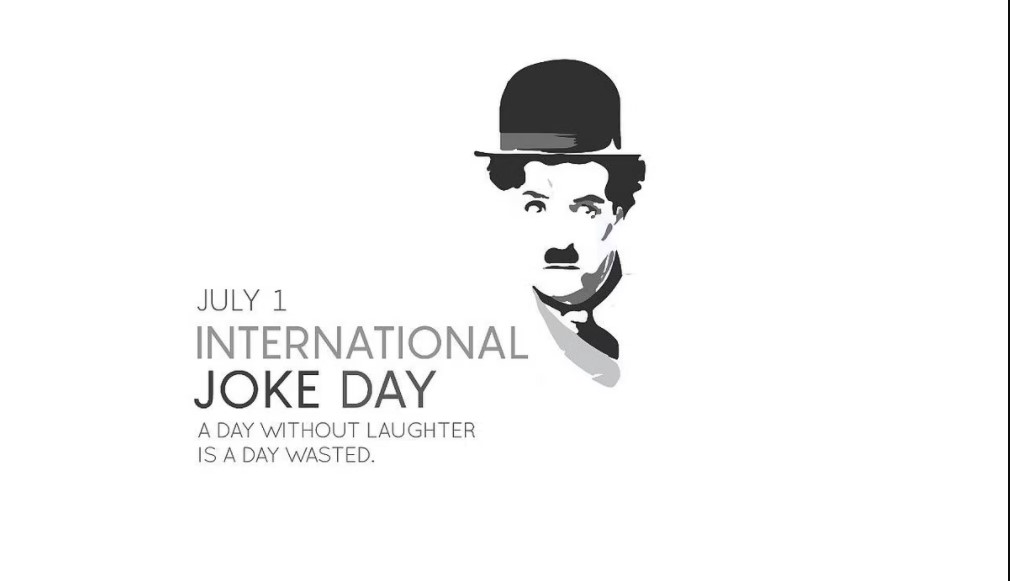 How Is The History Of International Joke Day?

Joke Day appears to have originated in the United States, but regardless of its origins, it is clear that jokes predate by hundreds of years. The first joke is frequently credited to the Greeks, specifically Palamedes, who is also credited with numerous other inventions. An ancient Greek joke-telling example is as follows:

"A barber, a bald guy, and an oblivious professor embark on an adventure together. They must camp overnight and hence agree to take turns minding the bags. When the barber's time comes, he becomes bored and amuses himself by shaving the professor's head. When the professor is roused for his shift, he rubs his temples and exclaims, "How stupid is that barber?" He's awoken the bald man rather than me."

Greece also boasts the world's first comedy club, though its purpose was more akin to sharing jokes among friends than stand-up performances. Since man most likely first looked at himself in a pool of water and made a judgment about his appearance, it's a safe bet that people have been celebrating jokes for a long period of time.

How To Celebrate International Joke Day?

There are several ways to celebrate! You may just tell some jokes to a coworker or acquaintance, or to a stranger on the street, whoever appears to be in desperate need of levity that day. Or host a joke-telling party with your buddies! Alternate between delivering jokes and reading them from a joke book or an internet source.

Another alternative is to attend a local comedy club and listen to a professional (or aspiring professional) make jokes for an evening of entertainment! Determine whether the venue has open mic nights and try presenting some of your own jokes.

If a night out does not appeal to you, you may rent a DVD of a prominent comedian's standup act, such as Robin Williams or Jim Carrey, or a television channel might air an hour-long standup comedy special starring well-known comedians such as Daniel Tosh.

Many individuals will tell you that the delivery is everything when it comes to a good joke. As a result, we've compiled a list of recommendations to assist you in delivering your jokes like a genuine pro. Here are some pointers to ensure that your jokes do not deflate like a lead balloon.

Have some fun! This is the most critical component. If you're not having a good time, how are you going to get your audience to laugh and enjoy themselves?

Take note of how you deliver the joke. The importance of communication and personality cannot be overstated. Numerous comics have the ability to light up a room before they've even uttered a joke. This is due to the fact that they are emotional and present.

Recognize your audience. After all, different individuals find things amusing in different ways. While some find political jokes amusing, others believe they strike too close to home, so bear this in mind while deciding on the type of joke to deliver.

Maintain proper time. This is related to confidence. When individuals are worried, they tend to hurry through jokes, which may throw everything off. 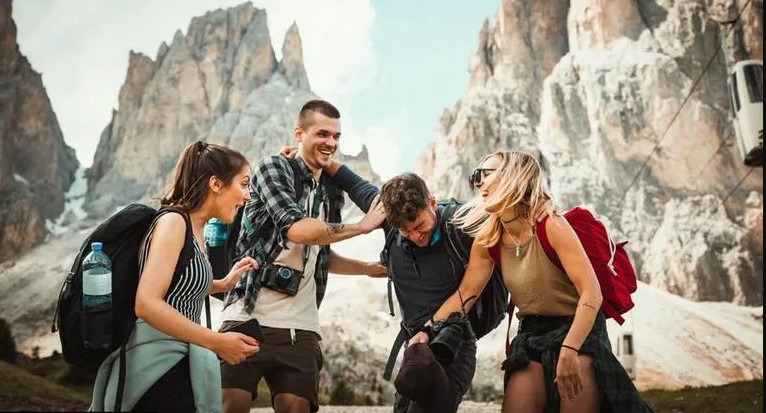 What To Wear On International Joke Day?

Items that you can wear on International Joke Day 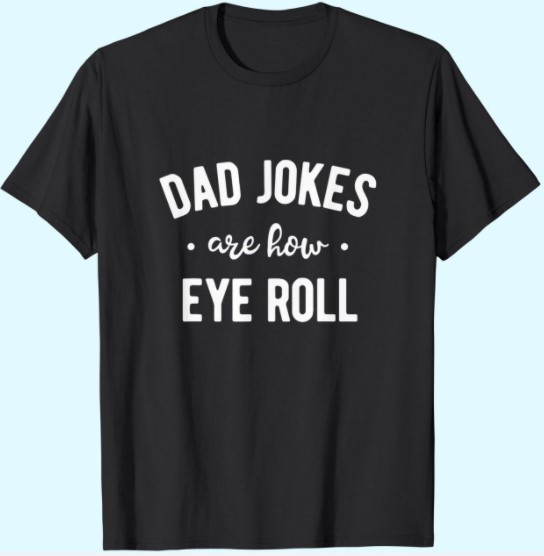 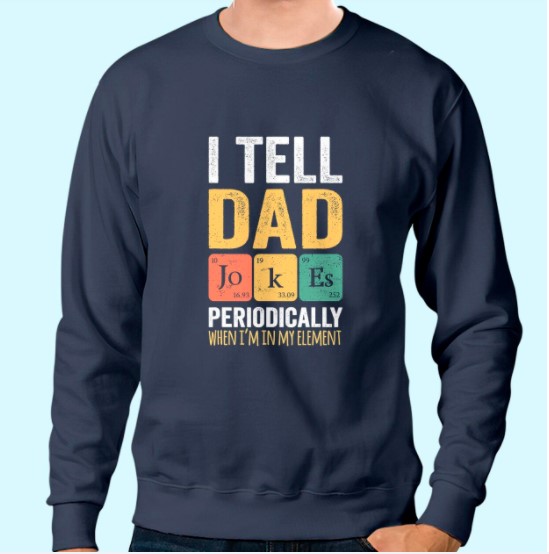 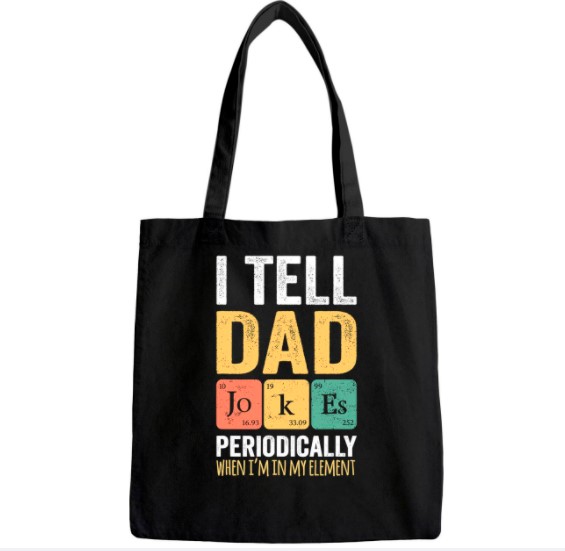 Suggested gifts for friends and relatives on international joke day 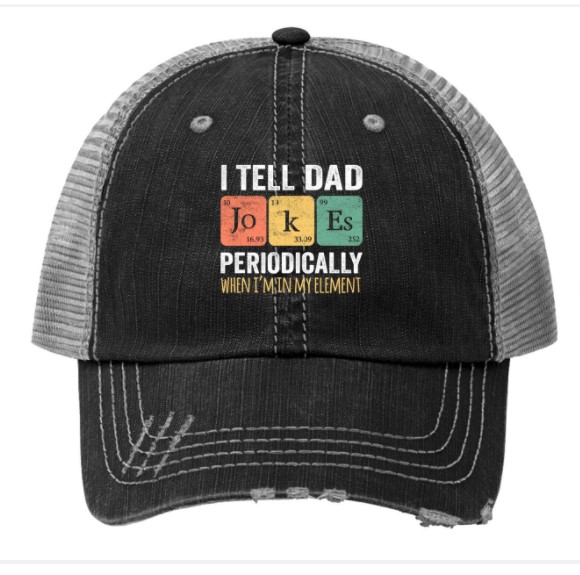 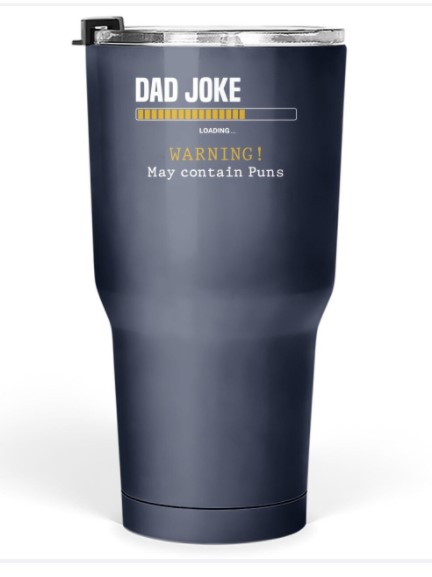 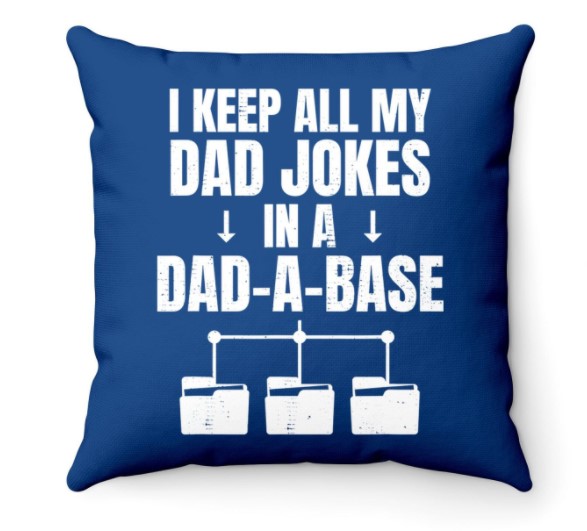 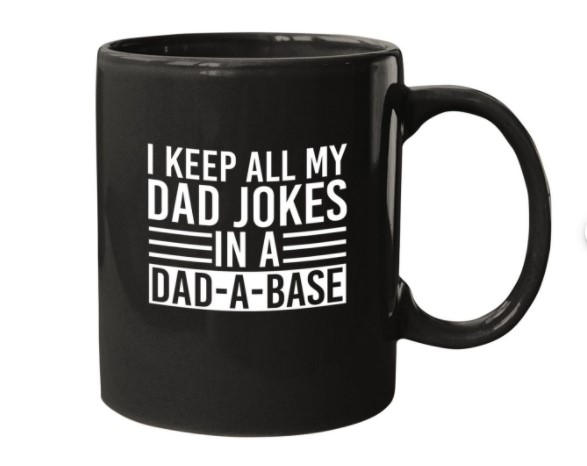 Where To Buy Items with International Joke Day Design?

Printerval is a website that offers a wide range of things for International Joke Day, including clothing, home & living, accessories, and more, in a variety of styles, colors, and patterns. You will undoubtedly discover the perfect item for yourself at Printerval. T-shirts, hoodies, and other items have one-of-a-kind designs created by artists from all over the world. You may also use Printerval's print-on-demand service to create your own one-of-a-kind shirt.

Printerval is standing by to assist you! Let's go shopping at Printerval right now.